This author has not yet filled in any details.
So far jordan has created 2 blog entries. 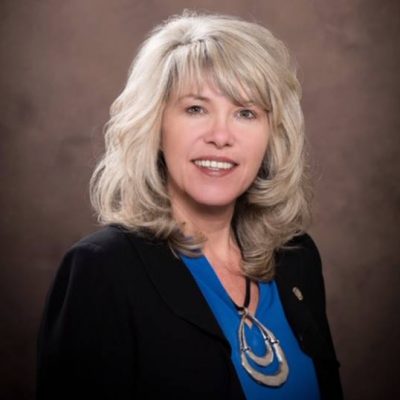 NMTC is pleased to introduce our new Membership Manager, Mary Tieman. Mary moved to Albuquerque from Sierra Vista, Arizona in the fall of 2018 after living in southern Arizona for 14 years. Mary has a true passion for economic development, mentoring entrepreneurs, technology, education and supporting local business. In November 2014 she became the Director of the Sierra Vista Chamber of Commerce, after serving on the Chamber’s Executive Board for two years. As an active community leader, Mary served on the Arizona Workforce Development Board of Directors, Arizona Association of Economic Development, Western Regional Chamber Executives and was appointed to lead the City of Sierra Vista Tourism Commission from 2012 to 2018. She was extremely honored to manage the Sierra Vista Leadership Program for four years. Prior to leading the Chamber, Mary was a part of the executive team of Cochise Private Industry Council, which oversees the Arizona Workforce Development programs and the Center for Academic Success School.

In March 2019 Mary was elected as President to lead the new American Business Woman’s Association, ABWA Phenomenal Woman Chapter of Albuquerque. Continually focusing on ways to give back to the community, Mary joined the Sierra Vista West Rotary Club in 2012 and received her first Paul Harris in 2015. After relocating to Albuquerque last fall, one of the first things she did was attend a Rotary meeting. Mary has been a proud member of the Del Norte Rotary since November and is currently serving on the Membership Committee and Club Services Committee. She was extremely honored to be selected as the Board Secretary for 2019. Her diverse career, education and experience has provided her the opportunity to hold numerous leadership roles, and this is a brief overview of the numerous organizations she has supported.

Mary and her husband Allen have two beautiful daughters and a lovely granddaughter who live on the east coast. In her spare time, Mary enjoys traveling, sightseeing, history, cooking, music, and sharing great food and wine with friends.

Mary is a great addition to our team and has jumped right into her role without skipping a beat. The NMTC staff and board of directors are thrilled to have her and welcome our members to help give her a warm welcome.

June 9th, was the 20th anniversary of the day I launched the New Mexico Technology Council (formerly NMITSA) on a promise and a prayer. To herald this milestone is both humbling and amazing.

Congratulations to all who carried and who continue carrying the torch. NMTC is New Mexico’s leading voice representing the greater technology industries!

The organization has endured and thrived over the years through the tireless efforts, investments, and imaginations of many. Some of the greatest inspirations have been the insights gained through NMTC’s long affiliation with Technology Councils of North America, an international confab of 40+ regional tech councils (TECNA).

Unwavering commitments by NMTC’s board chairs, each serving multiple terms, have been the bedrock for the Council’s longevity and success. Lisa Adkins and her team have added so much over the past 8-10 years, building on and advancing the legacies. Jeff Lunsford led the transition from NMITSA to the NMTC and led several key initiatives. Brad Key’s genius guided NMITSA’s emerging programmatic profile and early home runs including the New Mexico TechEx Awards and Gala honoring the best software, IT, and other tech projects during the year. Tom Stephenson, the first board chair, has been the Wizard in NMTC’s Oz from the earliest org ideations.

For me, one of the greatest accomplishments among my original intents is the inclusion and leadership opportunities for and by women as highlighted in the roster above and through NMTC’s Women in Technology program, a result of early visioning and examples drawn from TECNA.

Another project, focused on youth and education, was our Computers for Classrooms endeavor that challenged high school students to learn how to plan, build, and boot up computers from donated components and software. Once assembled and operating, these 20-30 systems were competitively awarded annually to teachers for their classrooms. Brad, Jeff, and others developed and led this initiative.

May such NMTC efforts continue to engage and advance the connections and opportunities in the tech sector for years to come!